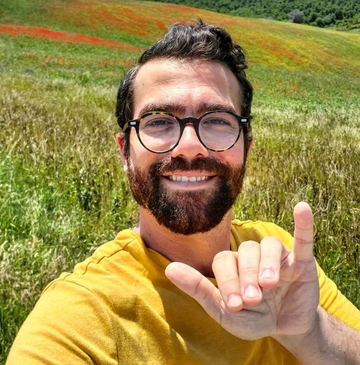 M.G. Martin grew up on the Big Island of Hawaii in the small paniolo town of Waimea. He studied creative writing at San Francisco State University, where he graduated with a BA in English. These days, M.G. teaches middle school English on the island of Maui, and is earning a M.Ed from the University of Massachusetts.

While living in San Francisco, M.G. co-produced and co-hosted Literary Death Match. He performed weekly at open mics, as a featured reader at various Bay Area reading series, and at the infamous 16th and Mission street corner.

The author of one previous collection of poetry, One For None (Ink., 2010), M.G. has performed on stages in San Diego, Los Angeles, San Francisco, Oakland, Sausalito, Portland, Connecticut, Boston, New York City, Seoul, and Honolulu.

M.G.'s work has appeared in ZYZZYVA, Bamboo Ridge, PANK, Juked, Sink Review, and Tinfish, among others. He is the winner of the San Francisco Browning Society Award, has been nominated for a Pushcart Prize, and was a 2018-19 W.S. Merwin Creative Teaching Fellow.